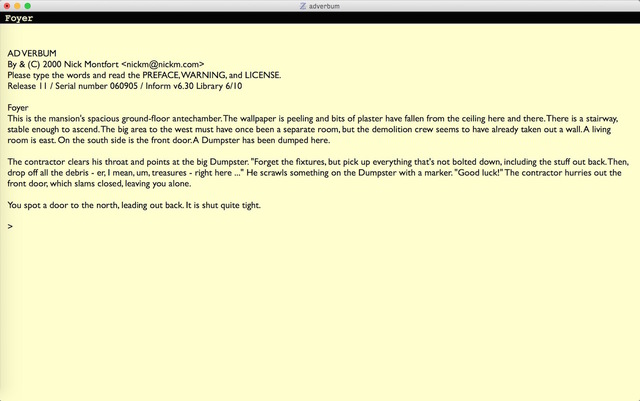 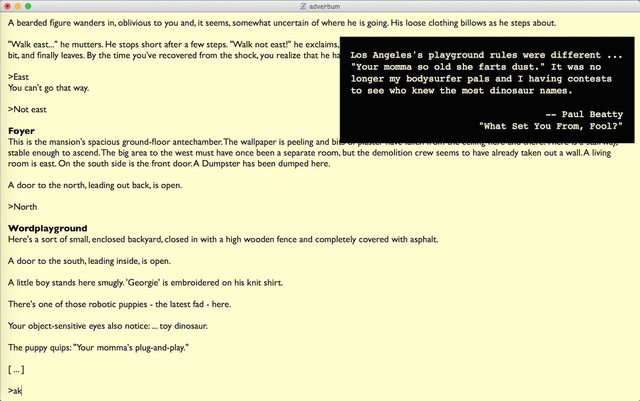 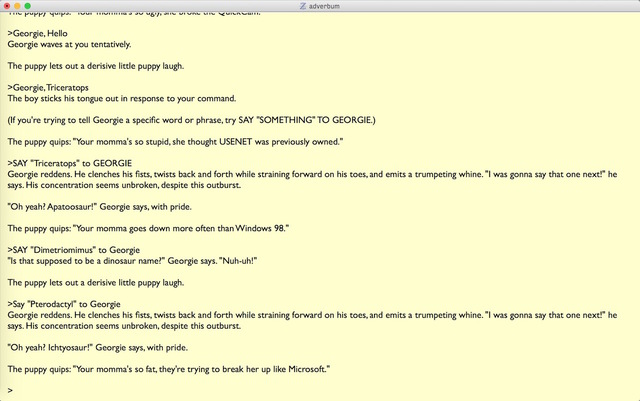 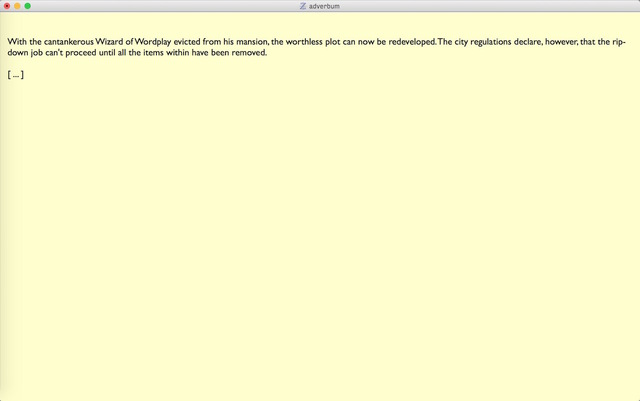 In collecting and satirizing the genre’s tropes, Ad Verbum is the Phantom Tollbooth of interactive fiction. Poet and scholar Nick Montfort’s text adventure tasks you with demolishing the Wizard of Wordplay’s mansion, and takes its cues as much from surrealism as it does from Zork (1977) or Adventure (1976). Ad Verbum was the winner of the 2000 XYZZY Award for Best Puzzles and voted crowd favorite at the Sixth Annual Interactive Fiction Contest in 2000.

How to run Ad Verbum:

How to reset Ad Verbum: