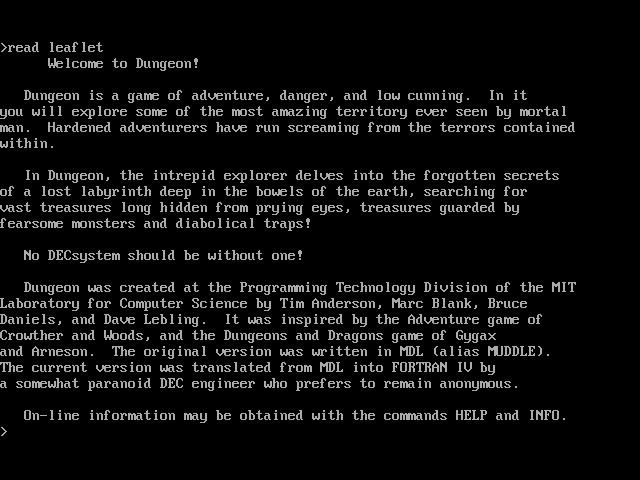 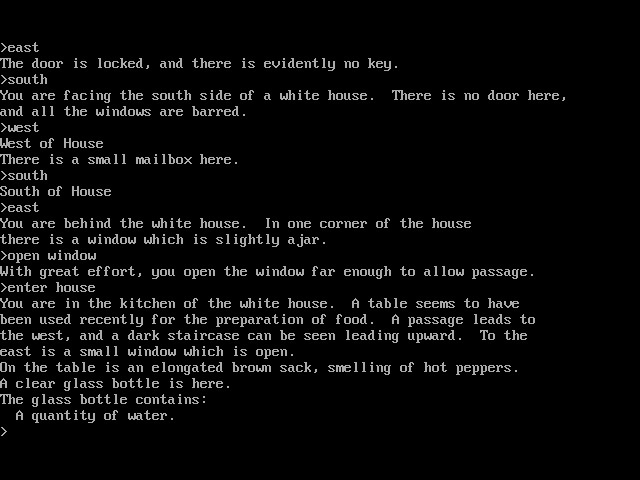 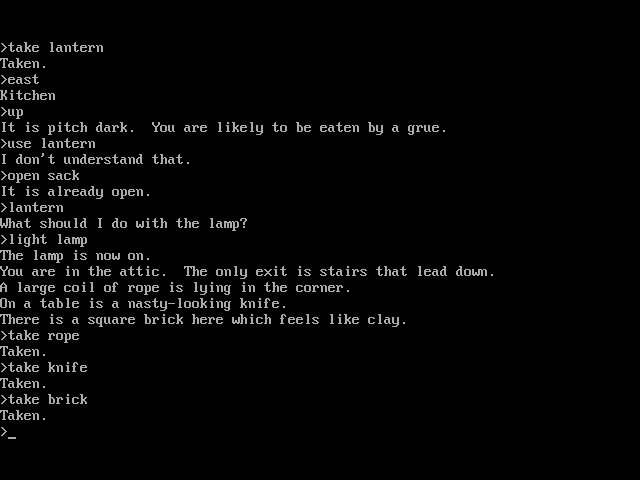 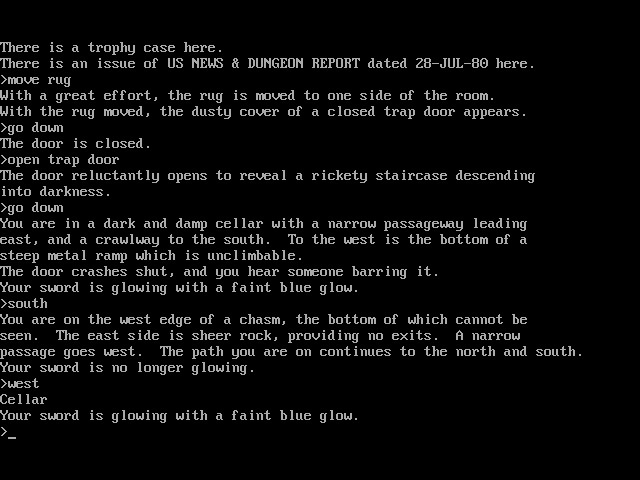 “It is pitch black. You are likely to be eaten by a grue.” With those words, Zork blazed a trail as one of the first text-based computer adventure games. The game, built by a group of computer scientists at MIT, not only became a 1980‘s cultural phenomenon, but alongside games like Colossal Cave Adventure (1976) influenced generations of maze-based adventure games like The Legend of Zelda (1986) and Myst (1993).

How to run Zork:

Interactive fiction written in MDL language on a DEC PDP-10

How to reset Zork: